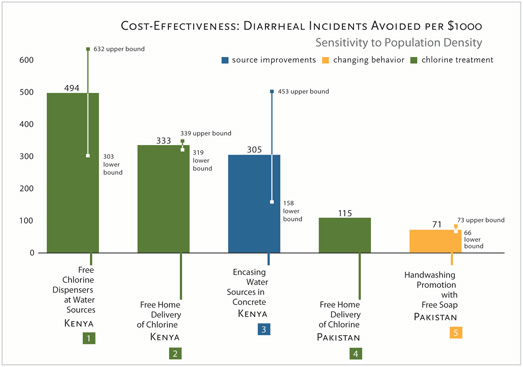 (comparing public policies against one of the deadliest diseases; source)

Governments make mistakes. But not those that typically get into the press.

Stories about government failures—sort of Brooking's and Heritage Foundations stories here and there—are inconclusive. It's unclear where a "failure" starts because you have no baseline for "success." In result, the press and think tanks criticize governments for events anyone can be blamed for. Mostly because of huge negative effects.

The financial crisis of 2008 is a conventional government failure in public narratives. September 11 is. But neither was predicted by alternative institutions. Individual economists who forecasted the burst in 2008 came from different backgrounds, organizations, and countries. These diverse frameworks—though being very valuable dissent—are not a systematic improvement over mainstream economics. Predicting 9/11 has even a weaker record (Nostradamus and similar).

Governments make other, more systematic, mistakes. Studying and reporting these mistakes make sense because a government can do better in next iterations. The government can't learn from the Abu Ghraib abuse, however terrible it was. But it can learn to improve domestic prisons, in which basically similar things happen routinely.

Systematic problems are easier to track, predict, and resolve. A good example unexpectedly comes from the least developed nations. Well, from international organizations and nonprofits that run their anti-poverty programs there. These organizations use randomized evaluations and quasi-experimental methods to separate out the impact of public programs on predefined goals. The results show manifold differences in efficacies of the programs—and it's a huge success.

Organizations such as the MIT Poverty Action Lab and Innovations for Poverty Action evaluated hundreds of public policies over the last ten years. Now, guess how much press coverage they got. Zero. The NYT can't even find the Lab mentions among its articles. Google returns 34 links for the same query, most of them to hosted blogs.

One explanation is the storytelling tradition in newspapers. Journalists are taught to tell stories (which is what readers like). Presenting systematic evidences makes a bad story. You have little drama in numbers, however important they are. And telling numbers reduce your readership, which is incompatible with a successful journalist career. Even new data journalism comes from blogs, not well-establised publishers.

More fundamentally, mass media's choice of priorities leads to little attention to systematic problems in general. Each day brings hot news that sound interesting, however irrelevant and impractical they may be. Reporting public policy research can't compete in hotness with political speeches and new dangerous enemies around. It took a couple of decades for climate change to become a somewhat regular topic. And survival rates of other important issues are much lower.
Posted by Anton at 11:36 AM