Angel.co reports about half a thousand companies dealing with virtual currencies. CruchBase mentions 17 startups related to Bitcoin alone. Bitcoin was around for five years and attracted attention of the IT community, less of brick-and-mortar sellers and no attention of the finance industry. So, why not?

Critics' key point about the bitcoin is: it's not a currency. The plots by David Yermak: 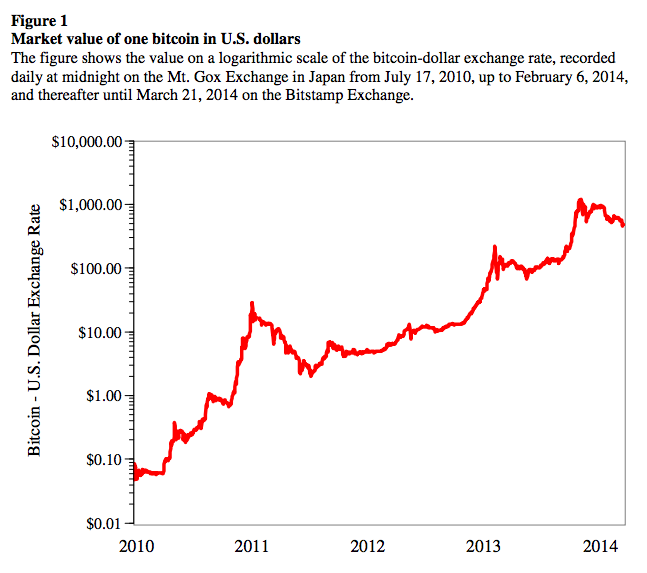 The bitcoin's value increases over time. Great. You become richer while not spending bitcoins. Hence, very few intend to pay for things in bitcoins. Meanwhile, everyone is glad to accept bitcoins over dollars. And that's why some sellers integrated bitcoin transactions. They welcome payments in the asset whose value grows effortlessly. Especially if buyers make no adjustments for the deflation and overpay in bitcoins. 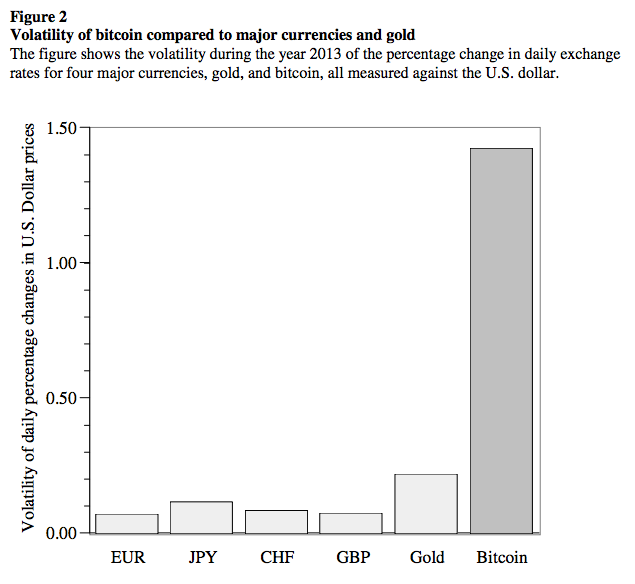 Volatility reflects risks, and the bitcoin happens to be a volatility champion among assets. Real prices nominated in fixed bitcoins fluctuate much over very short periods of time. When you have large margins or small number of transactions in bitcoins, it may not hurt. But most retailers are sensible to price changes and have to hedge the risks of even not-so-volatile currencies. Can they hedge bitcoins? Apparently, no: 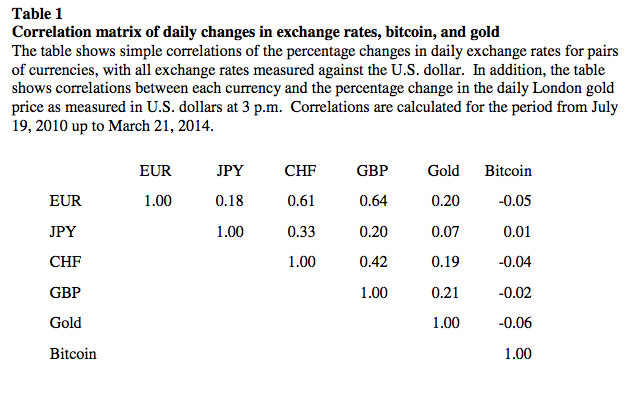 Well, you don't even know what asset you should buy to protect your bitcoin holding from sudden movements.

The bitcoin may have something like the Federal Open Market Committee to maintain the exchange rate against the basket of traditional currencies. But the supply of bitcoins is restricted by design, so you can't treat it like normal money and create inflation of about 1-2% a year. At best, such a committee could avoid excessive volatility if it had sufficient volume of bitcoins under control. Then market participants would form correct expectations about the rate of deflation and would discount prices accordingly. This hypothetical central committee goes against the ideology behind the bitcoin, though.

Is it possible to design a decentralized currency that can smooth its own exchange rate movements? That's an interesting exercise about managing the monetary base in a particular way. Injecting more money doesn't move the consumer price level (or exchange rates) by itself. For example, the Fed's quantitative easing after 2008 didn't create inflation for non-financial assets also because other financial institutions preferred keeping money to spending it. You'll need helicopter money drops for deflation, at least.

That's just a hypothetical solution. Being centralized in terms of both capacities and responsibilities, any central bank is a major stakeholder for its own currency. Along with a national government, the bank is responsible for making its currency suitable for transactions and economic stability, insofar as monetary policies work. The bitcoin is an asset without a central bank. You have no stakeholder who cares about deflation and volatility. People outside the bitcoin community care little because, unlike the dollar, the bitcoin has no impact on the rest of the economy. And current holders of bitcoins must like the idea of ever-increasing value of their assets. All this hurts the bitcoin and similar virtual currencies at large.
Posted by Anton at 3:59 AM