The New York Times evolved over time in words and topics (one, two). And so did the US Congress.

To track topics in the congressional agenda, I compared the word frequency in bill titles over the last 40 years (see Appendix for details):

Education surges in the recent years, while health care does not 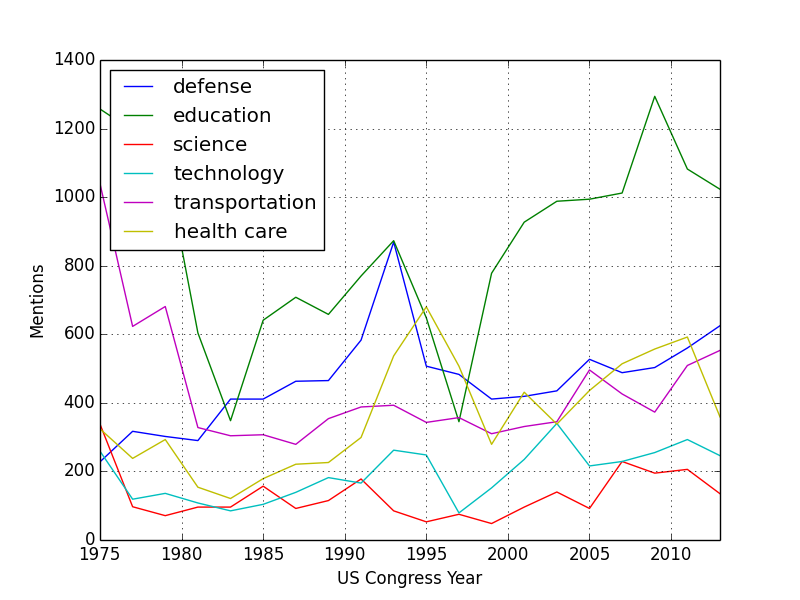 Health care takes about 18% of US GDP, but the US Congress mentions it only 400 times a year in its bill titles.

Security happens to be more important than freedom 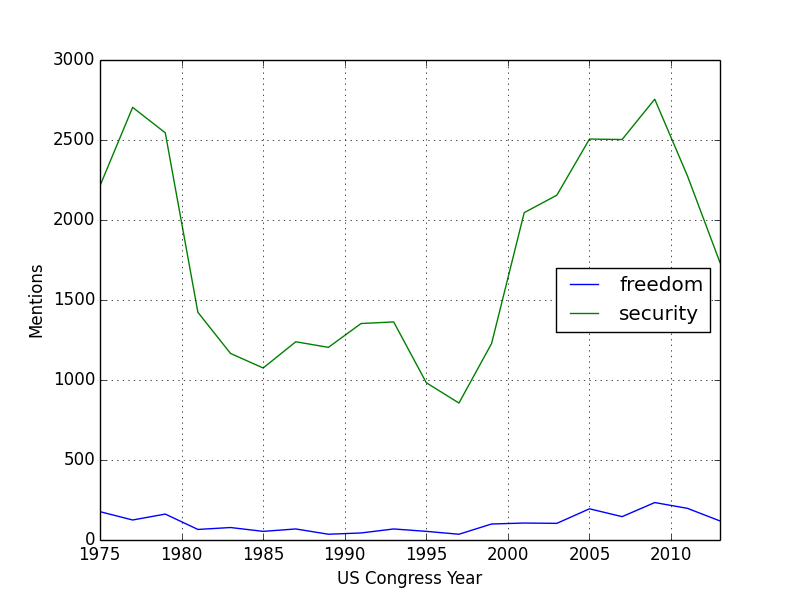 About ten times more important. But the two correlate, so one serves another in certain contexts. 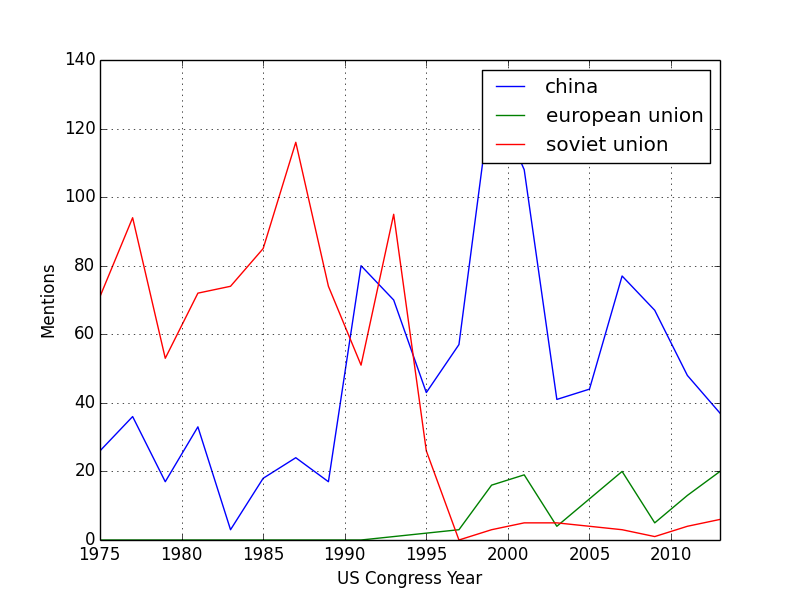 The Soviet Union appears in US Congress documents after 1991, when it ceased to exist. But China became popular around that time. The EU is less so, mainly because it's still treated as two dozens of independent states, not a single union. 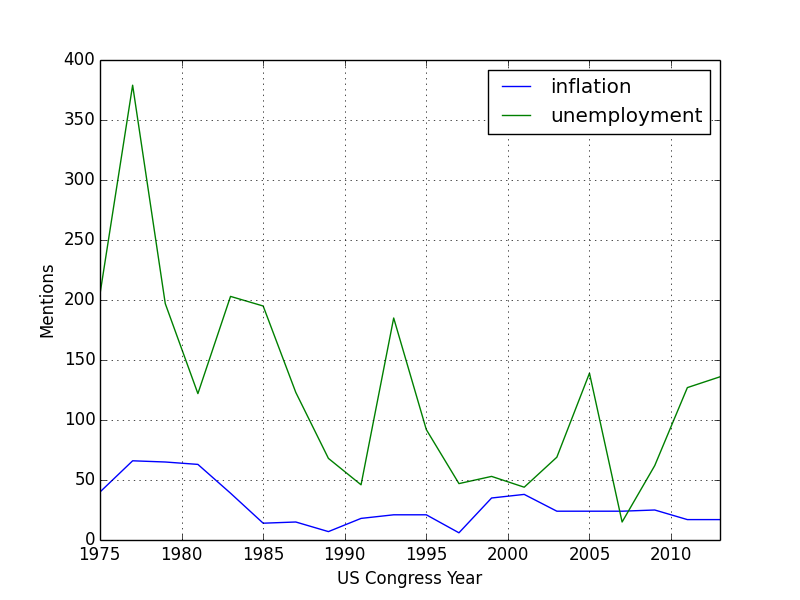 Unemployment gets moderate attention (about 1/20th of "security"). Congresspersons ignore inflation, while the NYT devotes lot of attention to both and clearly prefer talking more about inflation:

The US Congress bill titles are available from two sources: