Top 1% on Stack Exchange, or inequality in Q&A markets

Yesterday's review of voting activity showed how Stack Exchange users evaluate each others' contributions. Contrary to some views, users don't go berserk despite anonymity and in general balance their judgment.

Upvotes are a currency in a moneyless economy, like one of Stack Exchange. It doesn't mean people do things for upvotes. In this survey, reciprocity comes first as motivation, while upvotes lag behind. But, like money, upvotes often measure one's contribution to the community. Though it's in unlimited supply, upvoting has its own costs (yes, costs of clicking on buttons), and can measure something. For instance, inequality.

Here's the distribution of upvotes that a particular user got over time: 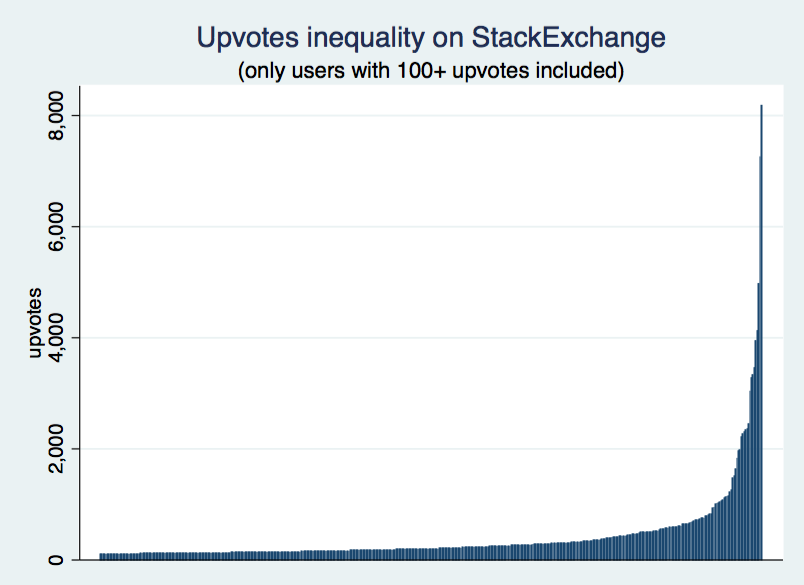 The long tail is wagging behind, but the inequality is very high.

The Gini coefficient for Stack Exchange is 0.85 for upvotes. That's higher than in South Africa (0.63), which has the highest inequality among countries.

High inequality leads to the questions what does top 1% of users own. Well, they own 42.8% of all upvotes. Actually, it's just about the same percentage that the 1% of richest Americans now control in the national economy.

How to get rich in this economy

In brief: by being rich. This is why: 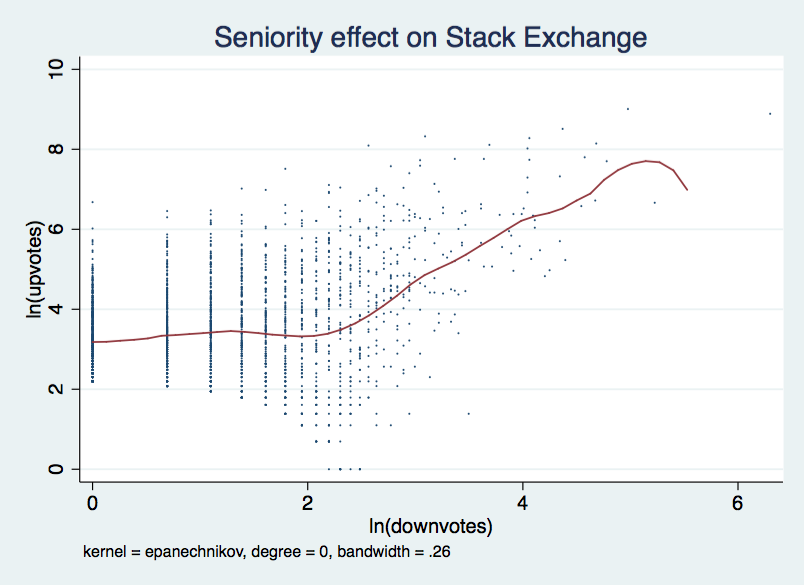 Until you earn about ten upvotes, the only thing that grows is your downvotes. That's a mentoring stage when novices are downvoted as someone who do not read rules. But after you accumulated this minimum, upvotes grow relatively to downvotes. And they grow rapidly.

This result is robust to including bypassers back in the sample (see how the line changes the slope at ln(downvotes) ≈ 2): 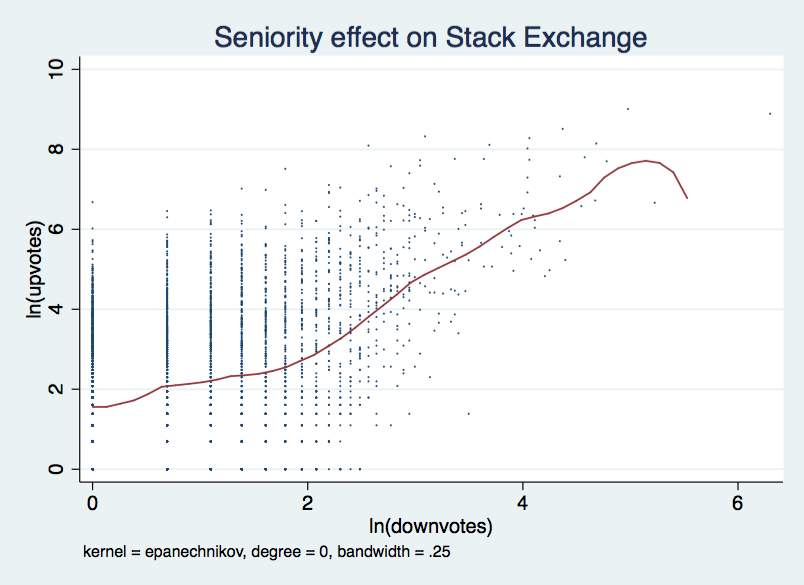 So, in general, you have more when you already have enough.

Analysis is done with a 1% sample of users. Data is available at data.stackexchange.com, while replication files will soon be posted online.
Posted by Anton at 1:42 AM