In one of the previous posts, the relative distribution of upvotes on Stack Exchange showed that adding one more answer to a question isn't much demanded by readers because readers give at least half of upvotes to the first-placed answer alone: 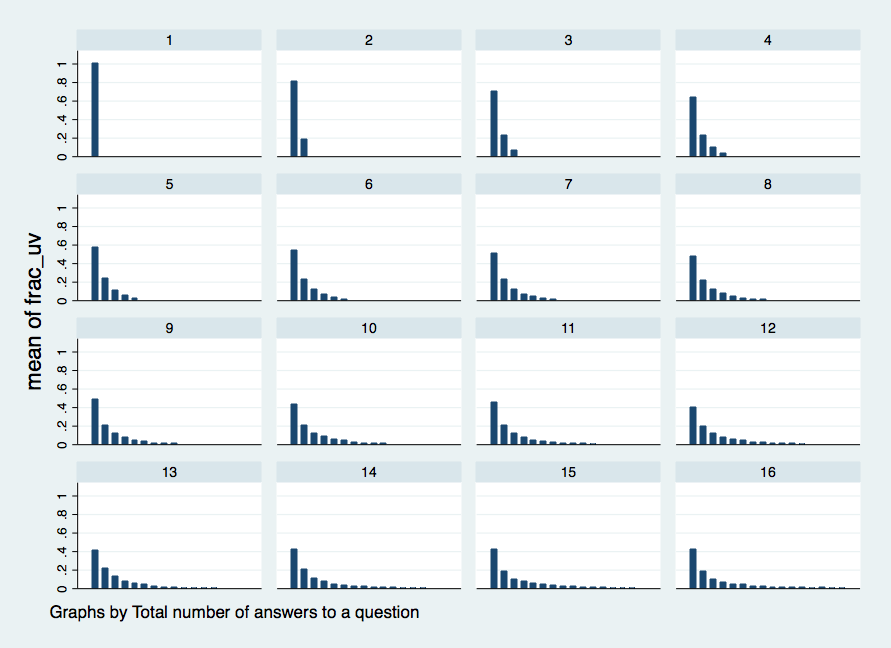 (y-axis: the answer's mean fraction of upvotes in a question; x-axis is the position of the answer)

But the absolute number of upvotes tells why answers still appear: 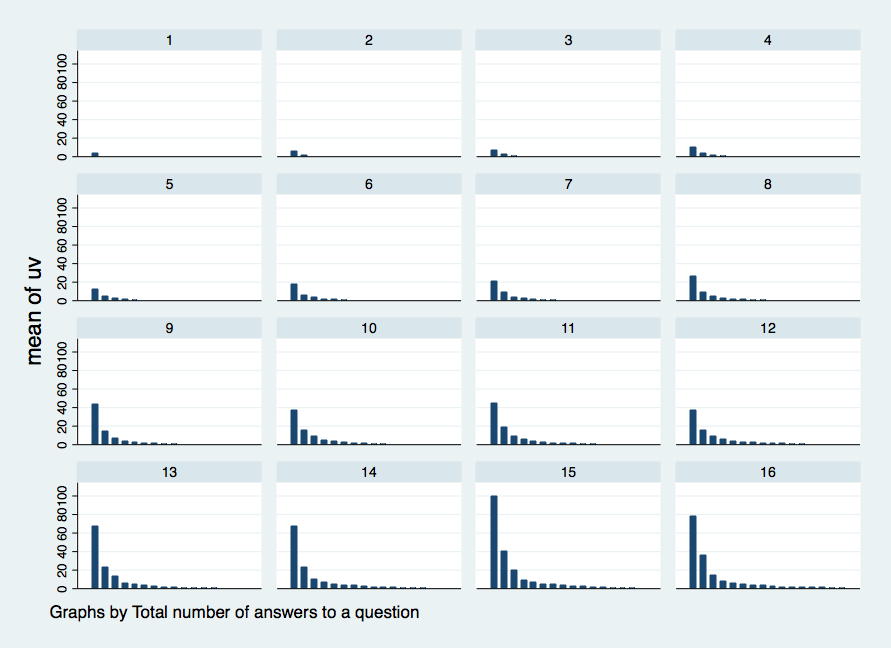 (y-axis: mean of upvotes; other notation is the same)

Questions with few answers happen to be unpopular in general (that's why they have fewer answer in the first place). You can barely notice upvotes for questions with a single answer. But they grow as the graph says. The last frame describes the case of 16 answers, but it's better to be careful beyond that because the original sample has too few questions with many answers.

The bottom line is that answering a question with many answers may be more useful to users than answering questions with no answers at all. That's at least valid under the assumption of unconditional expectations. Controlling for time is the next most useful thing to do to understand how demand and supply operate in Q&A markets and what can be done to make them more efficient.
Posted by Anton at 3:13 AM